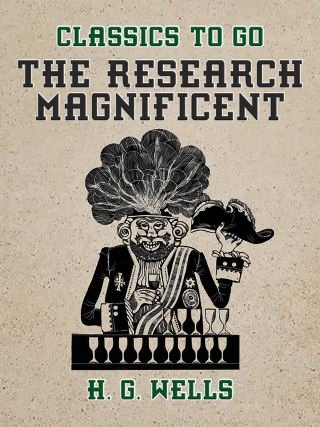 The story of William Porphyry Benham is the story of a man who was led into adventure by an idea. It was an idea that took possession of his imagination quite early in life, it grew with him and changed with him, it interwove at last completely with his being. His story is its story. (Goodreads)

H. G. Wells: Herbert George Wells; (21 September 1866 – 13 August 1946) was an English writer. Prolific in many genres, he wrote dozens of novels, short stories, and works of social commentary, history, satire, biography and autobiography. His work also included two books on recreational war games. Wells is now best remembered for his science fiction novels and is often called the "father of science fiction", along with Jules Verne and the publisher Hugo Gernsback.