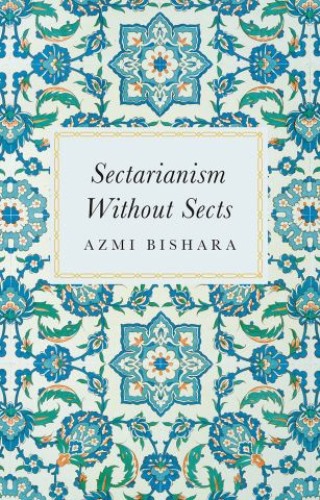 This volume analyses the transformation of social sectarianism into political sectarianism across the Arab world. Using a framework of social theories and socio-historical analysis, the book distinguishes between ta’ifa, or ‘sect’, and modern ta’ifiyya, ‘sectarianism’, arguing that sectarianism itself produces ‘imaginary sects’. It charts and explains the evolution of these phenomena and their development in Arab and Islamic history, as distinct from other concepts used to study religious groups within Western contexts.

Bishara documents the role played by internal and external factors and rivalries among political elites in the formulation of sectarian identity, citing both historical and contemporary models. He contends that sectarianism does not derive from sect, but rather that sectarianism resurrects the sect in the collective consciousness and reproduces it as an imagined community under modern political and historical conditions.

Sectarianism Without Sects is a vital resource for engaging with the sectarian crisis in the Arab world. It provides a detailed historical background to the emergence of sect in the region, as well as a complex theoretical exploration of how social identities have assumed political significance in the struggle for power over the state.

Azmi Bishara: Azmi Bishara is one of the Arab world's most prominent scholars, a critic of authoritarianism and colonialism, and a staunch supporter of democratic transition in the region. His works include Sectarianism Without Sects, also published by Hurst; Civil Society; The Arab Question; and Religion and Secularism in Historical Context.