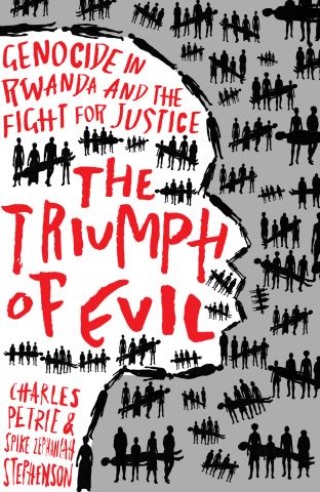 The Triumph of Evil

Genocide in Rwanda and the Fight for Justice

The Rwandan Genocide began on 6 April 1994, when a plane carrying President Juvénal Habyarimana was shot down over Kigali. This sparked one hundred days of brutal massacres throughout the country, and as the violence and fear escalated, the UN was called on to take action. The Triumph of Evil details the events that took place both in Rwanda and inside the UN that allowed over 850,000 people to lose their lives in one of the most horrifying genocides of the twentieth century.

The book is based on the eye-witness account of Charles Petrie, a UN official called in to assist in the region, and it documents what he believes were the failings of the UN when it came to protecting its own staff. In particular, Petrie relates the sinister events that led to the murders of a number of Rwandan nationals who were working for the UN, and were due to be evacuated.

Focusing on individual stories and experiences, he highlights how quickly terror can reign when disenfranchised groups are incited to violence under an oppressive system, and how even our most respected institutions can fail when political motivations muddy the waters.

Charles Petrie: Charles Petrie is a former UN official who rose to the rank of Assistant Secretary General before resigning from the organisation in 2010. He has had close to thirty years' experience working in contexts of conflict and famine (Sudan, Somalia, Rwanda, the Middle East, Democratic Republic of the Congo, Afghanistan, the Sahel and Myanmar). He has never lost his commitment to the values and principles of the UN. In 2014, he was made an OBE for services to international peace, security and human rights. Upon his request, he received the award in Mogadishu.