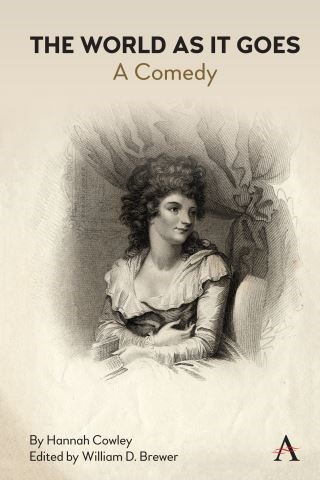 The World as It Goes

During the Romantic period, Hannah Cowley (1743–1809) achieved fame both as a playwright and a poet, composing popular comedies and, as Anna Matilda, amorous Della Cruscan verse. But despite a recent surge of scholarly interest in her works, her controversial comedy The World as It Goes; or A Party at Montpelier (performed 1781) has never been published. During its premiere, audience members loudly objected to the play’s bawdy content, and it closed after a single performance. The comedy’s catastrophic failure provides insights into the theatrical tastes, anxieties and mores of late eighteenth-century audiences and influenced the manner in which Cowley handled controversial issues in her subsequent plays. This edition of The World as It Goes is based on the Larpent licensing holograph manuscript held by the Huntington Library (LA 548). The transcription of the play is supplemented with an introduction providing cultural, theatrical, historical and biographical contexts; contemporaneous reviews; and a note on the text.

William D. Brewer is professor of English at Appalachian State University, USA, and the author of Staging Romantic Chameleons and Imposters (2015).