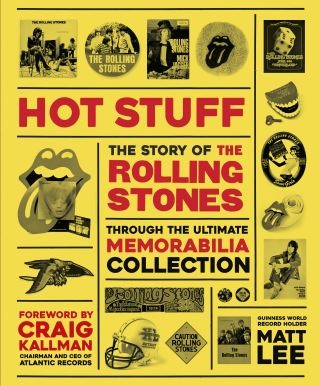 Matt Lee is an avid collector of Rolling Stones memorabilia, described by AnOther magazine as 'the world's number one collector'. At the Rolling Stones' exhibition at London's Saatchi Gallery, the band borrowed various items from Matt's collection to fill their gaps. He has seen them play live more than 150 times and has appeared on radio, print and TV in his capacity as 'biggest Stones fan of all time' [ITV], expert and talking head. He was in the news in 2018 following his discovery of a long-lost Mick Jagger/Carly Simon recording.