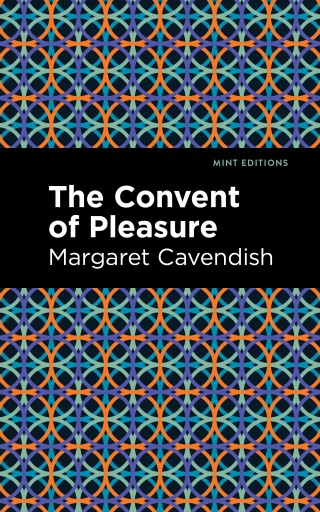 The Convent of Pleasure

The Convent of Pleasure (1868) is a closet drama by Margaret Cavendish. Intended for private performance rather than the stage, The Convent of Pleasure is a comedy that critiques the institution of marriage and explores the possibility of lesbian desire in a patriarchal society. Published under the author’s own name—a rare feat for a woman of her time—The Convent of Pleasure is a groundbreaking work of queer utopian literature that continues to inform and inspire artists and critics alike. “Put the case I should Marry the best of Men, if any best there be; yet would a Marry'd life have more crosses and sorrows then pleasure, freedom, or hapiness: nay Marriage to those that are virtuous is a greater restraint then a Monastery.” Tired of the ways of men, Lady Happy encourages her friends to join an experimental cloister devoted to feminine autonomy, friendship, and desire. Despite opposition from angry Monsieurs and the skeptical Madam Mediator, the woman forge a tight-knit group and seem prepared to defy the institution of marriage while pursuing romantic relationships with their fellow women. Before long, a mysterious Princess seeks entry to the convent. With a beautifully designed cover and professionally typeset manuscript, this edition of Margaret Cavendish’s The Convent of Pleasure is a classic of English literature reimagined for modern readers.

Margaret Cavendish (1623-1673) was an English philosopher, poet, playwright, and scientist. Born Mary Lucas, she was the youngest of eight children in a wealthy aristocratic family. With access to libraries and tutors, she showed intellectual promise and began writing at a young age, but felt pressure to pursue a more traditional feminine lifestyle. As a young woman, she found employment as a lady-in-waiting to Queen Henrietta Maria, accompanying her into exile in France during the English Civil War. Although she struggled to acclimate to high society, she remained in her role for several years until marrying William Cavendish, the Marquess of Newcastle. With her husband’s support, Cavendish embarked on a career in literature, publishing broadly in the last decades of her life. Her major works include Poems and Fancies (1653), A True Relation of my Birth, Breeding, and Life (1856), Plays (1662), and Plays, Never Before Printed (1668), the latter of which includes her beloved comedy The Convent of Pleasure. The Blazing World (1666), a utopian novel, is considered a landmark work of science fiction and has earned praise from modern feminist scholars for its pioneering depiction of gender and sexuality. In 1667, Cavendish broke new ground as the first woman to attend a meeting of the Royal Society of London, where she engaged with such philosophers as Thomas Hobbes, Robert Boyle, and René Descartes. A vitalist, she rejected Aristotelianism and published six books on natural philosophy in her lifetime, including Observations upon Experimental Philosophy (1666). Largely derided by such contemporaries as Samuel Pepys and Dorothy Osborne, Cavendish has since been recognized as a groundbreaking figure in the history of English literature.