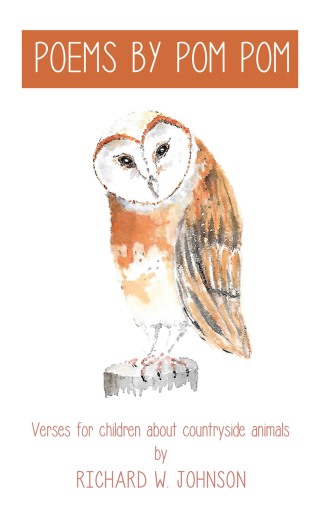 Verses for children about countryside animals

The author is an 80+ year old grandfather with six grandchildren. His 'family name' is Pom Pom. This came from the first attempt of the eldest grandchild to say 'Grandpa', and has stuck ever since. The youngest grandchild, Ruby, lives 300 miles or so from Pom Pom and Grannie. Because they do not see her all that frequently, one day Pom Pom thought it would be a good idea to send her a home-made card just as a way of keeping in touch. This was 'The Story of Ollie the Owl'. Ruby loved it and thought it great fun-—as did her friends. So Pom Pom sent eleven more cards over a period of time, They all told stories about a variety of countryside animals who each have their special challenges, but manage to solve them in the end. Each has Pom Pom's painting of the animal and a poem to accompany the painting. Ruby hopes other children like them as much as she did.

Richard W. Johnson: Richard is an 80+ year old grandfather. He was born in 1939, and educated at Leeds Grammar School and Exeter College, Oxford where he gained an MA in Classics. His career was with Procter & Gamble, in the UK and for a short time the US. He was on the UK Board as Marketing Services Director. He is married to Carolyn, and has two children and six grandchildren. He lives in Newcastle upon Tyne, and this is his first book.