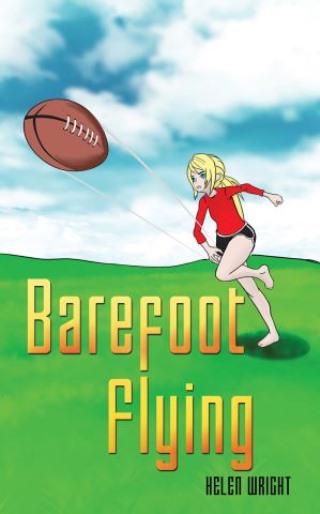 This book is the story of a female coach’s journey into the male dominated world of coaching rugby. The journey provides a parallel between the author’s personal and spiritual growth and her realization that coaching sport in the modern world conflicts with any awakening and development of the human spirit.
The author’s personal journey of “getting to spirit” begins with a realization that ordinary men and women have been living and operating in fear and judgment for most of their lives. In the parallel world of coaching and sports, we have been operating under this same fear and judgment. There is a realization that our society has projected the ego driven “need to win” from a verb to a noun. Society has translated losing in sport to being losers in life. If the participants of sport accept this translation, they are unwittingly accepting a self-belief that encompasses much more than their ability to run, jump, kick, catch, throw, or play. The self-belief of being a loser aligns easily with the ego’s natural criticism of our entire selves.
The delivery and coaching of team sport have taken the “I” out of team. Many participants have given up their own intuitive identities for acceptance into the culture of the team or group. In an overriding dedication to a sport, and to winning, athletes and coaches have accepted the world’s version of who they are as opposed to their own.
The author believes that the motivation to run and play comes from our own sense of joy of participating in an activity. Unfortunately, in the course of time the emphasis has shifted from the performance to needing an outcome. We have lost why we perform in the first place: Because it gives us joy.
The author describes her journey of learning by relating many stories of her experiences and how they relate to a global picture of coaching sport. The personal anecdotes and stories involve her experiences of becoming trapped in “ego,” and how to distinguish between that which is ego and that which is spirit.
The book argues that if we do not change the existing culture of coaching and playing sport in our society, we will lose the opportunity to enhance people’s lives.

Helen Wright was the founder and the first head coach of the University of Alberta’s Pandas rugby team. She was a pioneer in establishing women’s rugby as a provincial, national, and international sport – defying stereotypes at a time when the sport was dominated by men – primarily through leading by example as a player, coach, and administrator. Rugby’s inclusiveness, related to both ability levels and physical diversity of players, was the key factor in Wright’s commitment and advocacy for the sport.

Raised in Williams Lake, B.C., Wright came to Edmonton to study psychology at the University of Alberta. She was introduced to rugby as a spectator in 1977 and started playing in the position of “hooker”. Wright represented Alberta from 1986–1988, and she participated in the first Rugby Canada women’s national team game against the USA in Victoria in November 1987.

Wright served as managing director of the Alberta Rugby Union from 1987–2001, exerting significant influence over the continuing development of youth and women’s rugby in the province.

Wright led the Pandas for five seasons – 1999 to 2003 – and secured five successive national championships. She coached the Rugby Canada U23 Women in 2005 when they defeated the USA in two test matches.

Her formal coaching qualifications included Level 1 and 2 International Rugby Board Coach Trainer, Levels 1, 2, and 3 of the National Coaching Certification Program. Wright became the CIS Coaches Association President (Rugby) and oversaw the preparation of the documentation to keep women’s rugby and include men’s rugby in the CIS (Canadian Intervarsity Sport).

Helen Wright’s involvement with rugby extended far and wide, including being the only female coach to coach a Men’s First Division team in the Alberta Cup.

Her extraordinary success as a player, coach, and administrator in rugby at the U of A and far beyond, is a tribute to her unstoppable passion and commitment to push boundaries.