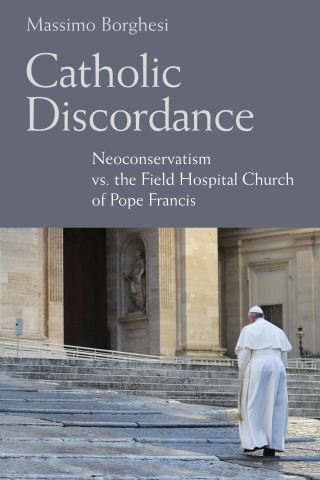 Neoconservatism vs. the Field Hospital Church of Pope Francis

One element of the church that Pope Francis was elected to lead in 2013 was an ideology that might be called the “American” model of Catholicism—the troubling result of efforts by intellectuals like Michael Novak, George Weigel, and Richard John Neuhaus to remake Catholicism into both a culture war colossus and a prop for ascendant capitalism.

After laying the groundwork during the 1980s and armed with a selective and manipulative reading of Pope John Paul II’s 1991 encyclical Centesimus Annus, these neoconservative commentators established themselves as authoritative Catholic voices throughout the 1990s, viewing every question through a liberal-conservative ecclesial-political lens. The movement morphed further after the 9/11 terror attacks into a startling amalgamation of theocratic convictions, which led to the troubling theo-populism we see today.

The election of the Latin American pope represented a mortal threat to all of this, and a poisonous backlash was inevitable, bringing us to the brink of a true “American schism.” This is the drama of today’s Catholic Church. In Catholic Discordance: Neoconservatism vs. the Field Hospital Church of Pope Francis, Massimo Borghesi—who masterfully unveiled the pope’s own intellectual development in his The Mind of Pope Francis—analyzes the origins of today’s Catholic neoconservative movement and its clash with the church that Francis understands as a “field hospital” for a fragmented world.

Massimo Borghesi:
Massimo Borghesi is professor of moral philosophy at the University of Perugia. He is the author of several books, including The Mind of Pope Francis: Jorge Mario Bergoglio’s Intellectual Journey (Liturgical Press, 2018) and volumes on Augusto del Noce, Luigi Giussani, and political theology.