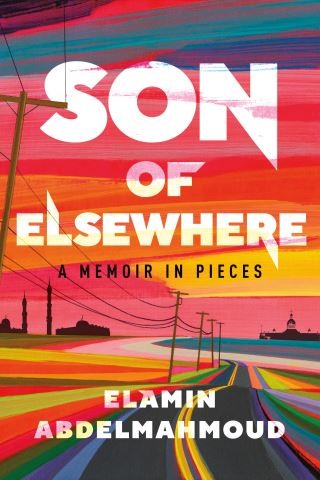 A Memoir in Pieces

An enlightening and deliciously witty collection of essays on Blackness, faith, pop culture, and the challenges—and rewards—of finding one’s way in the world, from a BuzzFeed editor and podcast host.

“A memoir that is immense in its desire to give . . . a rich offering of image, of music, of place.”—Hanif Abdurraqib, author of A Little Devil in America: Notes in Praise of Black Performance

ONE OF THE MOST ANTICIPATED BOOKS OF 2022—The Millions

At twelve years old, Elamin Abdelmahmoud emigrates with his family from his native Sudan to Kingston, Ontario, arguably one of the most homogenous cities in North America. At the airport, he’s handed his Blackness like a passport, and realizes that he needs to learn what this identity means in a new country.

Like all teens, Abdelmahmoud spent his adolescence trying to figure out who he was, but he had to do it while learning to balance a new racial identity and all the false assumptions that came with it. Abdelmahmoud learned to fit in, and eventually became “every liberal white dad’s favorite person in the room.” But after many years spent trying on different personalities, he now must face the parts of himself he’s kept suppressed all this time. He asks, “What happens when those identities stage a jailbreak?”

In his debut collection of essays, Abdelmahmoud gives full voice to each and every one of these conflicting selves. Whether reflecting on how The O.C. taught him about falling in love, why watching wrestling allowed him to reinvent himself, or what it was like being a Muslim teen in the aftermath of 9/11, Abdelmahmoud explores how our experiences and our environments help us in the continuing task of defining who we truly are.

With the perfect balance of relatable humor and intellectual ferocity, Son of Elsewhere confronts what we know about ourselves, and most important, what we’re still learning.

Elamin Abdelmahmoud: Elamin Abdelmahmoud is a culture writer for BuzzFeed News and host of CBC’s pop culture show Pop Chat. He was a founding co-host of the CBS Politics podcast Party Lines, and he is a contributor to The National’s At Issue panel. His work has appeared in Rolling Stone, The Globe and Mail, and other outlets. When he gets a chance, he writes bad tweets.