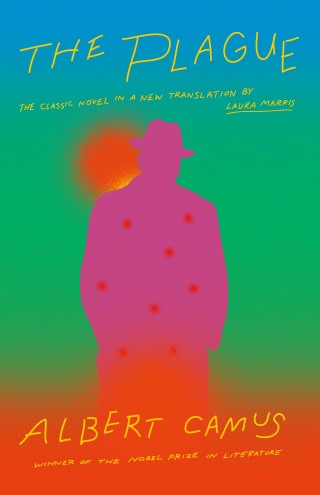 The first new translation of The Plague to be published in the United States in more than seventy years, bringing the Nobel Prize winner's iconic novel ("A redemptive book, one that wills the reader to believe, even in a time of despair." —The Washington Post) to a new generation of readers.

The townspeople of Oran are in the grip of a deadly plague, which condemns its victims to a swift and horrifying death. Fear, isolation, and claustrophobia follow as they are forced into quarantine. Each person responds in their own way to the lethal disease: some resign themselves to fate, some seek blame, and a few, like Dr. Rieux, resist the terror.

An immediate triumph when it was published in 1947, The Plague is in part an allegory of France's suffering under the Nazi occupation, as well as a timeless story of bravery and determination against the precariousness of human existence. In this fresh yet careful translation, award-winning translator Laura Marris breathes new life into Albert Camus's ever-resonant tale. Restoring the restrained lyricism of the original French text, and liberating it from the archaisms and assumptions of the previous English translation, Marris grants English readers the closest access we have ever had to the meaning and searing beauty of The Plague.

This updated edition promises to add relevance and urgency to a classic novel of twentieth-century literature.

Albert Camus: Born in Algeria in 1913, ALBERT CAMUS published The Stranger--now one of the most widely read novels of this century--in 1942. He was awarded the Nobel Prize in Literature in 1957. On January 4, 1960, he was killed in a car accident. LAURA MARRIS is a writer and translator. Her book-length translations include Louis Guilloux's novel Blood Dark, which was short-listed for the 2018 Oxford-Weidenfeld Translation Prize. Her translation of Jean-Yves Frétigné's biography of Gramsci is forthcoming from the University of Chicago Press in 2021. She teaches creative writing at the University at Buffalo.