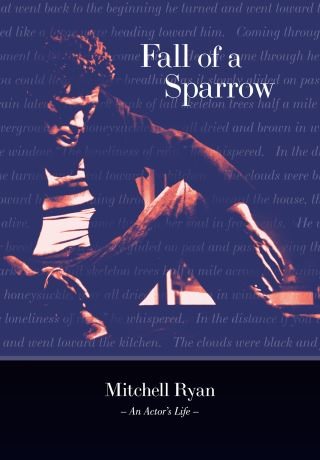 Fall of a Sparrow

But they were dead, and he still had a chance to live. It was years since he had gone from one great part to the next, but life had merely…shifted. Why couldn’t he accept this? He was an actor, plain and simple: “an abstract and brief chronicle of the time.” He had always done his job. By now he’d spent more time in Hollywood than in New York and had done more films than plays. Susan was right, he had been lucky, blessed even, to have had a chance to do the work he’d done. True, his life on the stage was gone, “melted into thin air,” and would never come back, the way of things and something to be faced. Whether he was in a play or film or soap opera or now a sitcom, he would just do the best he knew how. He was an actor, and an actor acts. As he looked out to the brilliant green sea and up to the sky he glowed with contentment that, somehow, he was able also to accommodate the melancholy that would always be part of him. A seagull glided by on the wind right in front of him, and he heard the voice of his first teacher, Doug Ramey, across the years: “The only thing that counts is the work. As with life, it’s a process, and nothing matters but the doing.”