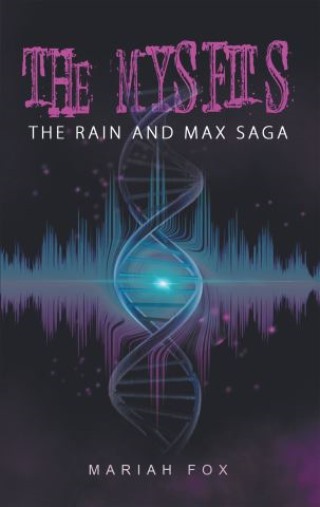 The Rain and Max Saga

The Castor Family lives in a small Florida, where they try to conform with the social elite. Masking secrets, abuse, and pain. During the trials of typical adolescence, two siblings, Rain and Max begin to discover they possess other worldly abilities. Rain, 17, the older sister, is haunted by her past and plagued physically by sensitivity to sounds. Rain defies her parents, auditioning for and winning a coveted seat in the Music Conservatory program. Where she finds love and solace in the music, and in two beautiful men. They force her to face herself, her wants, her needs and decide which she should choose, who is best for her. Who is wrong, and why do they both feel so right? Maxidus, her 10-year-old brother, is forced to undergo psychological testing, after an outburst of rage, which proves him to be a child prodigy. Unlocking limitless learning potential. Max quickly develops abilities; he knows are not of this world. He uses his newfound power to help a friend, unknowingly creating a rip in the Akashic Records. Max helps Rain to understand her sound affliction is a gift, one she can use in powerful ways, after he makes a shocking discovery. The two battle the internal forces that lie within them, until they both realize the truth. A mysterious gift arrives from their biological father, unleashing a power that neither of them could have ever expected. Culminating a dramatic chain of events that will change them both forever. They will fight for the light, For the darkness has come calling.

Mariah Fox: Mariah Fox is an actress, singer, writer with over 30 years of experience in theatre, film and television. Recently starring in Aaron Johnson's award-winning series Predestined. A graduate of the American Musical and Dramatic academy her career has taken her to Broadway and around the world. Retiring from touring to build a family, Mariah recently finished her Biomedical Engineering Degree. Using her creative passion and scientific knowledge Mariah creates a unique, magical adventure with a spiritual message. A wife, mother of three, business owner and studier of the Akashic records, she integrates all of herself into the creation of a new Universe birthing two new superheroes.