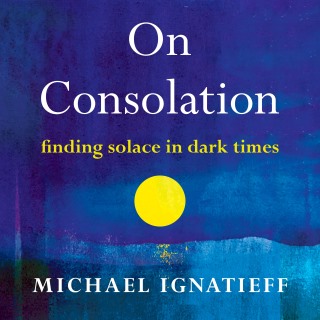 Timely and profound meditations on how great figures in history, literature, music, and art searched for solace while facing tragedies and crises, from the internationally renowned historian of ideas and Booker Prize finalist Michael Ignatieff.

When we lose someone we love, when we suffer loss or defeat, when catastrophe strikes—war, famine, pandemic—we go in search of consolation. Once the province of priests and philosophers, the language of consolation has largely vanished from our modern vocabulary, and the places where it was offered, houses of religion, are often empty. Rejecting the solace of ancient religious texts, humanity since the sixteenth century has increasingly placed its faith in science, ideology, and the therapeutic.

How do we console each other and ourselves in an age of unbelief? In a series of lapidary meditations on writers, artists, musicians, and their works—from the books of Job and Psalms to Albert Camus, Anna Akhmatova, and Primo Levi—esteemed writer and historian Michael Ignatieff shows how men and women in extremity have looked to each other across time to recover hope and resilience.

Recreating the moments when great figures found the courage to confront their fate and the determination to continue unafraid, On Consolation takes those stories into the present, movingly contending that we can revive these traditions of consolation to meet the anguish and uncertainties of our precarious twenty-first century.

Michael Ignatieff: Michael Ignatieff is the author of Isaiah Berlin and The Warrior’s Honor, as well as over fifteen other acclaimed books, including a memoir, The Russian Album, and the Booker finalist novel Scar Tissue. He writes regularly for the New York Times, the New York Review of Books, and the London Review of Books. Former head of Canada’s Liberal Party, director of the Carr Center for Human Rights at Harvard’s Kennedy School, and president of Central European University, he is currently a professor at CEU in Vienna.