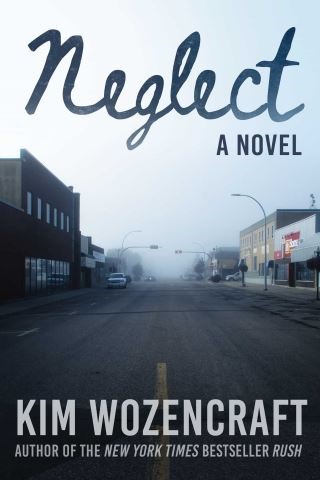 From the bestselling author of Rush comes a redemptive story of a young mother at war on two fronts.

From bestselling author Kim Wozencraft comes the story of a young mother at war on two fronts: first as a soldier in Afghanistan and then upon her return to rural Granite County, New York, where one terrible mistake threatens her family and her sanity.

Erin Hill enlists in the Army Reserve in an act of desperation. She and her husband have both lost their jobs and their marriage is disintegrating. Assured that the odds of deployment are extremely low, Erin now finds herself on an Army base in the middle of a combat zone, where it’s sometimes hard to tell who the enemy is—especially when a respected sergeant turns predator.

When Erin returns stateside and reunites with her family, her battle for survival truly begins. Flooded with traumatic memories, with no prospects for jobs or treatment for PTSD, her husband involved with a new woman, Erin falls into the bottle head-first. After a nearly fatal night of despair, she is swept up into a vast and indifferent bureaucracy that threatens to take her children from her—forever. Neglect is a profound story of mother love.

Kim Wozencraft: Kim Wozencraft is the author of six novels, including the internationally best-selling Rush, which was based on her experiences as an undercover police officer in Texas and was adapted into a film starring Jennifer Jason Leigh. Wozencraft holds an MFA from Columbia University and lives in the Hudson Valley region of New York.