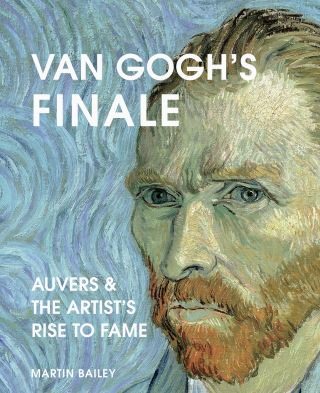 Auvers and the Artist's Rise to Fame

A captivating and definitive account of the final days of Van Gogh's life and the incredible story of what followed.

Divided into three parts, the book first examines the eventful days from the artists’ departure from the asylum in Saint-Remy and arrival in Auvers until the shooting which brought his life to an end. During this time Van Gogh completed 70 paintings in 70 days.

The second part delves deeper into the story of the artist’s death, which has intrigued both experts and the public for years, revealing little-known stories and uncovering overlooked accounts. We then follow the story of how Van Gogh subsequently rose from relative obscurity to international renown and ultimately fame as one of the most recognisable and popular artists in the world.

Martin Bailey: MARTIN BAILEY is a leading specialist on Van Gogh and an arts journalist. He is a London-based correspondent for The Art Newspaper. Bailey has curated several exhibitions on Van Gogh including one at Tate Britain in 2019. His most recent books include The Sunflowers Are Mine: The Story of Van Gogh's Masterpiece, Studio of the South: Van Gogh in Provence and Starry Night: Van Gogh at the Asylum.