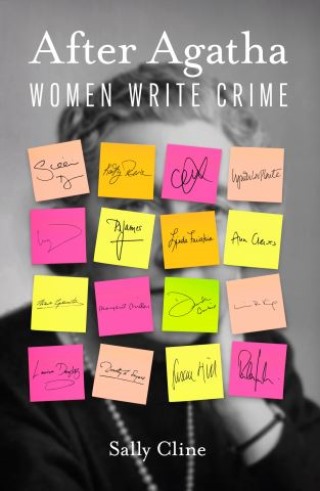 After Agatha: Women Write Crime is the first book to examine how British, American, and Canadian female crime writers pursue their craft and what they think about crime writing. Hundreds of women who identified as lesbian, bisexual, heterosexual, able-bodied, disabled, feminist, left or right wing, who were black or white, who had experienced violence, sexism, homophobia or racism, and who came from big cities or small country villages had one thing in common: they read crime novels.

The book explores why so many women who face fear and violence in their daily lives, should be so addicted to crime fiction, many of which feature extreme violence. The book analyzes why criminal justice professionals including police officers, forensic scientists, probation officers, and lawyers have joined traditional detective writers in writing crime. It examines the explosions of crime writing by women between 1930 and today. It highlights the UK Golden Age women writers, the 1950s American women novelists, the 80s experimental trio, Marcia Muller, Sara Paretsky, and Sue Grafton, who created the first female American private Investigators, and the important emergence of female police protagonists, as well as those central characters who for the first time were lesbian, disabled, black, or ethnic minority. After Agatha also examines the significant explosions of domestic noir thrillers and forensic science writers.

Most have taken to crime in order to reflect and comment on the social and political landscape around them. Many are creatively exploring the significant issues facing women today.

Sally Cline: Sally Cline, author of 13 books, is an award-winning biographer and fiction writer. She is Fellow of the Royal Society of Arts, Research Fellow at Anglia Ruskin University, Cambridge, and former Advisory Fellow of the Royal Literary Fund. Her biography on Radclyffe Hall, now a classic, was shortlisted for the LAMBDA prize; Lifting the Taboo: Women, Death and Dying won the Arts Council Prize for nonfiction; and she wrote landmark biographies on Zelda Fitzgerald and Dashiell Hammett.