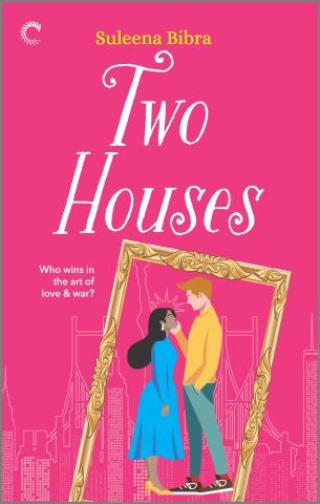 Mixing love and art might end up being an epic disaster…

…or the beginning of a beautiful collaboration.

If there’s one thing Priya Gupta wants, it’s to land the collection of the year for her family’s NYC auction house, gaining the approval of her father in the process.

Running an extremely close second? For a very small sinkhole to open up under the feet of Gavin Carlyle, her childhood rival turned auction-house competitor, so she never has to see his smug, irritatingly handsome face again.

Neither of those options seem likely, especially since Gavin is dead set on winning the same collection—and his pockets are as deep as his family's extensive art world connections. Plus, he has charm to spare. Though Priya would walk over hot coals before ever admitting that.

When they are both invited to a posh country estate to spend the week wooing the prospective client, their longtime rivalry creates sparks, all right, just not the kind either Priya or Gavin ever expected…

Suleena Bibra: Suleena Bibra studied art history in college and loves to travel every opportunity she gets. A bit indecisive, she has worked as a museum intern, lawyer, workers’ compensation adjuster, and private investigator. Author is best, though, so she can continue living out a bunch of other careers without changing out of her pajamas. Suleena writes RomComs heavy on banter, shenanigans, and aggressive whimsy. She spends the rest of her time annoying her bulldog with her love.