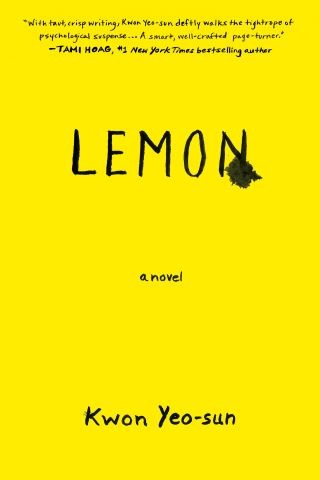 NAMED A MOST-ANTICIPATED BOOK OF THE YEAR BY MS. MAGAZINE AND CRIMEREADS

Parasite meets The Good Son in this piercing psychological portrait of three women haunted by a brutal, unsolved crime.

In the summer of 2002, when Korea is abuzz over hosting the FIFA World Cup, eighteen-year-old Kim Hae-on is killed in what becomes known as the High School Beauty Murder. Two suspects quickly emerge: rich kid Shin Jeongjun, whose car Hae-on was last seen in, and delivery boy Han Manu, who witnessed her there just a few hours before her death. But when Jeongjun’s alibi checks out, and no evidence can be pinned on Manu, the case goes cold.

Seventeen years pass without any resolution for those close to Hae-on, and the grief and uncertainty take a cruel toll on her younger sister, Da-on, in particular. Unable to move on with her life, Da-on tries in her own twisted way to recover some of what she’s lost, ultimately setting out to find the truth of what happened.

Shifting between the perspectives of Da-on and two of Hae-on’s classmates struck in different ways by her otherworldly beauty, Lemon ostensibly takes the shape of a crime novel. But identifying the perpetrator is not the main objective here: Kwon Yeo-sun uses this well-worn form to craft a searing, timely exploration of privilege, jealousy, trauma, and how we live with the wrongs we have endured and inflicted in turn.

Kwon Yeo-sun: Kwon Yeo-sun was born in Andong, South Korea, and now lives in Seoul. In 1996 she received the Sangsang Literary Award for her debut novel, Niche of Green. Her subsequent novels and short stories have received numerous literary awards, including the Hankook Ilbo Literary Award, Yi Sang Literary Prize, and Oh Yeong-su Literature Award, among others. Lemon is her first novel to be published in English.