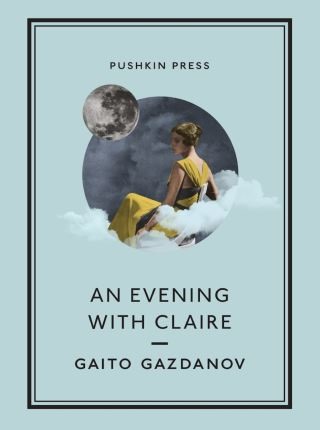 An Evening with Claire

The lyrical first novel of youth and love by acclaimed modernist master Gaito Gazdanov, author of The Spectre of Alexander Wolf

Two old friends meet nightly in Paris, trading conversational barbs and manoeuvring around submerged feelings. Throughout the ten years of their separation, thoughts of Claire lingered persistently in Kolya's mind. As the imagined romance finally becomes real, Kolya is thrown into recollections of formative moments from his youth in Russia, from his solitary early years through military school and service in the White Army in the Civil War, all leading to this union with Claire.

The first novel by the celebrated Russian master Gaito Gazdanov, An Evening with Claire is a lyrical, finely crafted portrait of a lost innocence and a vanished era.

Gaito Gazdanov: Gaito Gazdanov (1903-1971) joined the White Army aged just sixteen and fought in the Russian Civil War. Exiled in Paris from the 1920s onwards, he eventually became a nocturnal taxi-driver and quickly gained prominence on the literary scene as a novelist, essayist, critic and short-story writer, and was greatly admired by Maxim Gorky, among others. The Spectre of Alexander Wolf was published by Pushkin Press to great acclaim in 2013.