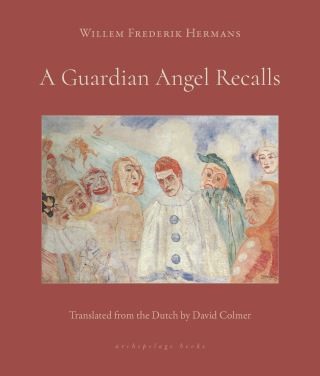 A Guardian Angel Recalls is a gripping and diabolical wartime novel by one of the most provocative Dutch writers of the twentieth-century.

Alberegt, a frenzied and lovelorn public prosecutor, speeds through Hook of Holland in his black Renault on May 9, 1940 – the eve of the German invasion of the Netherlands. Guiding his every move is a guardian angel.

With unflappable patience, the angel flits from the hood of the Renault to the rim of his windswept hat, determined to quell his every anxiety and doubt. The angel's momentary distraction, however, sets off a chain of events that spins a nightmarish web.

Alberegt's elusive companion serves both as narrator and meddlesome driver of the plot, though not without the interventions of a rotating cast of devils.

Willem Frederik Hermans: Willem Frederik Hermans was one of the most prolific and versatile Dutch authors of the twentieth century. He wrote essays, scientific studies, short stories, and poems, but was best known for his several novels, the most famous of which are De tranen der acacias (The Tears of the Acacias, 1949), De donkere kamer can Domecles (The Darkroom of Damocles, 1958), and Nooit meer sleepen (Beyond Sleep, 1966). He received, in 1977, the most prestigious literary award among the Dutch, the Prijs Der Nederlandse Letteren (Dutch Literature Prize).

David Colmer is a writer and translator. He translates Dutch literature in a wide range of genres including literary fiction, nonfiction, children's books, and poetry. He is a four-time winner of the David Reid Poetry Translation Prize and received the 2009 Biennial NSW Premier and PEN Translation Prize. His translation of Gerbrand Bakker's The Twin (Archipelago) was awarded the International IMPAC Dublin Literary Award and he received - along with Gerbrand Bakker - the Independent Foreign Fiction Prize for Bakker's novel The Detour.