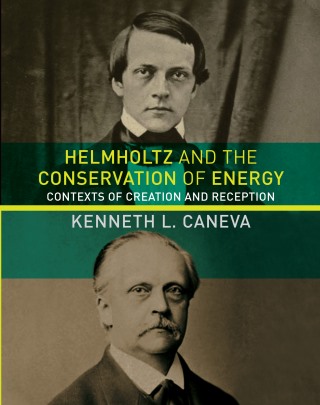 Helmholtz and the Conservation of Energy

Contexts of Creation and Reception

An examination of the sources Helmholtz drew upon for his formulation of the conservation of energy and the impact of his work on nineteenth-century physics.

In 1847, Herman Helmholtz, arguably the most important German physicist of the nineteenth century, published his formulation of what became known as the conservation of energy--unarguably the most important single development in physics of that century, transforming what had been a conglomeration of separate topics into a coherent field unified by the concept of energy. In Helmholtz and the Conservation of Energy, Kenneth Caneva offers a detailed account of Helmholtz's work on the subject, the sources that he drew upon, the varying responses to his work from scientists of the era, and the impact on physics as a discipline.

Caneva describes the set of abiding concerns that prompted Helmholtz's work, including his rejection of the idea of a work-performing vital force, and investigates Helmholtz's relationship to both an older generation of physicists and an emerging community of reformist physiologists. He analyzes Helmholtz's indebtedness to Johannes Müller and Justus Liebig and discusses Helmholtz's tense and ambivalent relationship to the work of Robert Mayer, who had earlier proposed the uncreatability, indestructibility, and transformability of "force." Caneva examines Helmholtz's continued engagement with the subject, his role in the acceptance of the conservation of energy as the central principle of physics, and the eventual incorporation of the principle in textbooks as established science.

Kenneth L. Caneva: Kenneth L. Caneva is Emeritus Professor in the Department of History at the University of North Carolina at Greensboro. He is the author of The Form and Function of Scientific Discoveries and Robert Mayer and the Conservation of Energy.