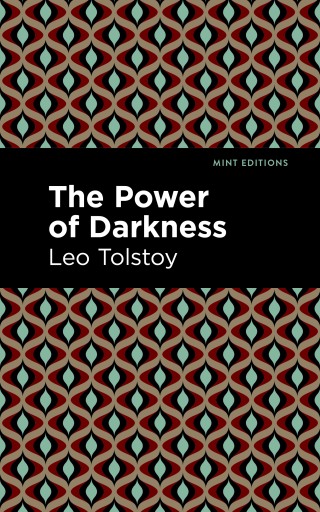 The Power of Darkness

The Power of Darkness (1886) is a play by Leo Tolstoy. Forbidden for decades in Tolstoy’s native Russia, the five-act play was first staged in Paris, where it earned praise from some of France’s leading critics. Noted for its brutal depiction of violence and desperation, the play is concerned with the universal religious and philosophical themes that inspired such masterpieces as War and Peace (1869) and Anna Karenina (1877). Peasant life is often portrayed in art as peaceful and romantic, in touch with the rhythms of the natural world and coursing with spirituality. In The Power of Darkness, Tolstoy refuses such empty symbolism, choosing instead to tell a story of greed, murder, and betrayal that has everything to do with the political reality faced by its impoverished characters. Fearful of what will happen to their farm when her aging husband Peter dies, Anisya seduces her farmhand Nikita, whose lack of education and opportunity—as well as a moral emptiness—make him a willing accomplice. Betraying Marinka, a young orphan girl he manipulates for pleasure, Nikita joins Anisya in dispossessing her stubborn husband. Tragic and disturbing, The Power of Darkness is a story of man at war with nature, and therefore at war with himself. With a beautifully designed cover and professionally typeset manuscript, this edition of Leo Tolstoy’s The Power of Darkness is a classic work of Russian literature reimagined for modern readers.

Leo Tolstoy (1828-1910) was a Russian author of novels, short stories, novellas, plays, and philosophical essays. He was born into an aristocratic family and served as an officer in the Russian military during the Crimean War before embarking on a career as a writer and activist. Tolstoy’s experience in war, combined with his interpretation of the teachings of Jesus, led him to devote his life and work to the cause of pacifism. In addition to such fictional works as War and Peace (1869), Anna Karenina (1877), and The Death of Ivan Ilyich (1886), Tolstoy wrote The Kingdom of God is Within You (1893), a philosophical treatise on nonviolent resistance which had a profound impact on Mahatma Gandhi and Martin Luther King Jr. He is regarded today not only as one of the greatest writers of all time, but as a gifted and passionate political figure and public intellectual whose work transcends Russian history and literature alike.