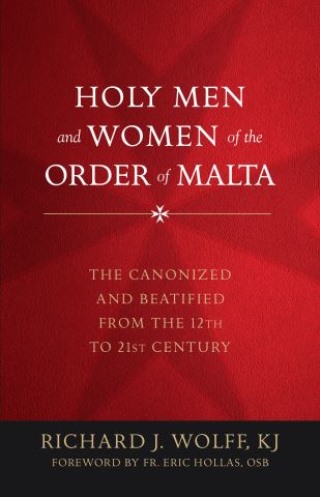 Holy Men and Women of the Order of Malta

With a storied history of being fierce defenders against the Church's enemies, the members of the Order of Malta are professed “monk-warriors.” They act as the noble, chivalrous, and battle-scarred knights while also the servant of the poor and sick. For hundreds of years, the Church has been indebted to them for their military prowess. But the Order of Malta was, and is, much more than what legend and history celebrate. From its twelfth-century foundation, it has been a religious order. At its core are the three evangelical vows that lay religious men and women (for much of the order's history) have taken.

This book brings to the fore the religious nature of the order, so long overshadowed by its glorious military tradition and, more recently, its global charitable activities. It focuses not on the monk-warrior but on the twenty-plus members of the order who have been canonized and beatified for their extraordinary lives of love, prayer, and dedication. The book offers the reader a series of brief biographies on some of the most diverse groups of saints to come from one religious order, from peasants to popes and everything in between. In applying historical analysis to the lives of these holy men and women, the author demonstrates that one need not hide behind hagiographic generalities or far-fetched stories to find examples of true virtue in the lives of these Hospitallers.

Richard Wolff: Frá Richard J. Wolff is a professed knight of justice in the Order of Malta. He studied history and theology at Georgetown University and earned a PhD in history from Columbia University, with a focus on church-state relations in modern Europe. He has published on a wide variety of topics related to Catholicism, including books on the life and writings of Dorothy Day, on the interactions between Catholics and Fascists between the two world wars, and on Catholic students in Fascist Italy. He has published many articles and lectured widely on the popes of the twentieth century—particularly on the papacy of St. Paul VI—and on the relationship between the Jews and Catholicism during the interwar period. Although a career business executive, Dr. Wolff was a former dean and professor at St. John’s University and a member of the Columbia University seminar on modern Italy.