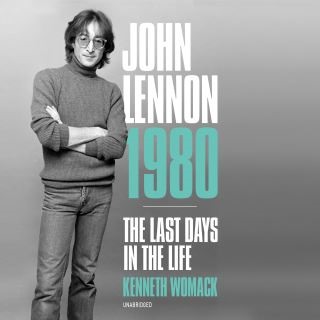 The Last Days in the Life

The story of the legendary musician’s incredible last year.

John Lennon 1980 traces the powerful, life-affirming story of the former Beatle’s remarkable comeback after five years of self-imposed retirement. Lennon’s final pivotal year would climax in several moments of creative triumph as he rediscovered his artistic self in dramatic fashion. With the bravura release of the Double Fantasy album with wife Yoko Ono, he was poised and ready for an even brighter future only to be wrenched from the world by an assassin’s bullets. John Lennon 1980 isn’t about how the gifted songwriter died; but rather, about how he lived.

Kenneth Womack is the author or editor of more than thirty-five books, including a multivolume study devoted to the life and work of Beatles producer George Martin, and Solid State: The Story of Abbey Road and the End of the Beatles, which was lauded by the Los Angeles Times as the go-to book for readers interested in learning about the Beatles’ disbandment. In addition to working as the Music Culture writer for Salon, Womack has published his work in Slate, Billboard, Time, Variety, the Guardian, USA Today, the Independent, NBC News, and the Philadelphia Inquirer, among others.