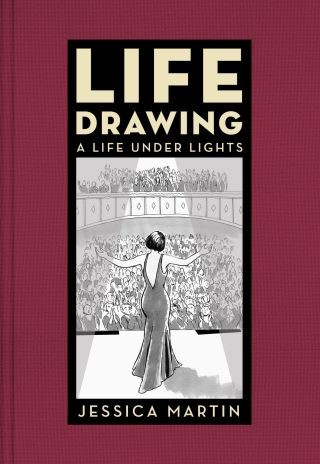 A Life Under Lights

The lure of the spotlight can be intoxicating, and Jessica Martin was captured by it early on. The daughter of a bandleader, she came of age in the jazz clubs of London’s Soho before going on to forge a career as a West End regular, Spitting Image impressionist and Doctor Who actor.

Now entering a new phase of her performing life, Jessica Martin looks back on the parts and people that contributed to her success in this honest and revealing autobiography, which shows the true grit beneath the greasepaint.

Featuring a cast of diverse characters and guest appearances from some very recognisable personalities, Life Drawing is the story of a woman living a fully creative life.

Jessica Martin: After graduating from university, Jessica Martin performed on the fringe comedy circuit and gained a regular slot on Spitting Image, before crossing over into theatre. Her early comics, It Girl and Variety, were critically acclaimed bestsellers, and Elsie Harris Picture Palace was shortlisted for the Myriad First Graphic Novel Competition in 2014. @jessica7martin